This year I had the immense pleasure of attending Quilt Market! I was able to go under my own credentials, but my good friend Kim, @iadorepattern, was also debuting her second line with Windham Fabrics at this Market, so I was able to tag along and lend her a hand as well.

There is so much to talk about I am going to have to write a Market Mini Series! There was so much to see and do, so many people to talk and connect with, it’s just too much for one post.

Overall, Market for me was a success. I learned SO MUCH!! And I even participated in my first Hurricane, so that was something.

On Thursday I met Kim at the airport and we whisked away to downtown Houston to our hotel.

Then we hurried over to the show floor. Windham was great, and set me up with a pass so I could come and go to help Kim set up her booth. In between set up, I hit up all the schoolhouses I wanted, from Kim to Tula Pink, to Cotton+Steel and Elizabeth Hartman. It was hard choosing, because there were so many great people booked at the same time. I missed out on Sara Lawson and Mandy Leins unfortunately, so many hard decisions to make! The Andover Little House on the Prairie was a ton of fun. Two of the actresses were there, and they were just hilarious! And while vintage reproductions fabrics aren’t usually my thing, they had some gorgeous quilts and the range of colors and prints is as true to the times as you can get. They put a lot of effort into making sure it was as accurate as possible, and it shows. And then of course there were these super cute dolls!

Kim’s schoolhouse was a lot of fun. Heather Givans, @crimsontate,  was there to lend a hand and some laughs. She is absolutely delightful, and hilarious! I don’t know where she gets her energy from. 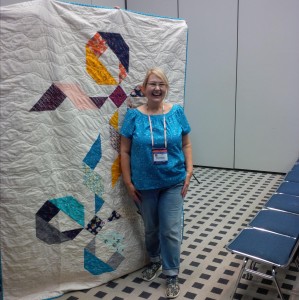 Kim with her Twice Tied Quilt, soon to be a free pattern on the Windham Website

Immediately following Kim was the Schoolhouse for Tula Pink! Oh man, she is so awesome to listen to! The quilts were either made by her or Julie Herman @jaybirdquilts . Chipper is probably my favorite line of hers. I love all the colors and the little chipmunk. We have a thing about chipmunks in my family, so I need to make a ton of stuff with this print! 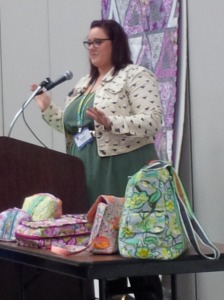 Her new hardware is absolutely gorgeous as well. And she was super enough to sign this quilt for me, even though she is a very busy lady and had like zero time! Thank you Tula! 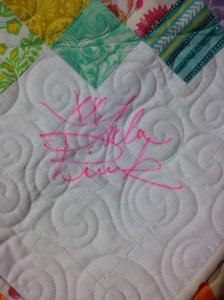 Then it was more set up, and then finally it was time to eat supper. But instead, I lined up for sample spree. Because why not? I sat in line with a great group of gals from Texas, and we managed to chat the 2.5 hours away until the doors opened. You might think I am crazy, but there were already people in line 3 hours before the doors opened, and I have been told to line up early becuase it gets crazy. And they weren’t kidding!

about half the line 20 min before the door opened. There were probably a couple hundred more to the left of the photo as well.

Spree was crazy! But I managed to get everything on my list thanks to a couple of super special spree angels ( who will remain nameless, but they know who they are). I completely missed the Moda booth and was a little bummed, because the new Zen Chic is so awesome, and I would have loved a bundle. But by that time my card was on fire, so I needed to stop.

All in all the first day of market was a rousing success, and the floor wasn’t even open yet! Kim’s booth was amazing and we both slept a good 8-10 hours that night, despite the blisters (note to self, bring flip flops next time!) The first aid lady was real nice though =)

Everyone deserves a Good Hair Day!

4 thoughts on “Back from Market!”

Welcome to my world of quilting fun! I am a quilter, author pattern writer, and designer. My book, Child's Play Quilts, is available at your LQS or online. You can find my collection of free patterns in the tabs below. I love to hear from my readers, so feel free to drop me a line! Thank you for stopping by, I hope you enjoy your time here at Stacey in Stitches. 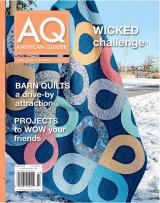 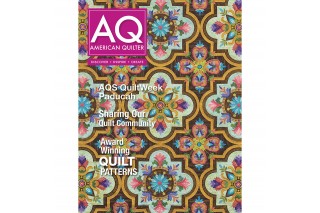 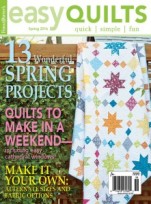 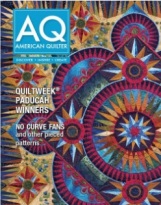 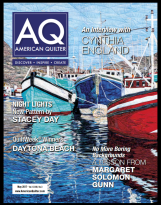